(NEW ORLEANS) – August 10, 2016 – Chef Emeril Lagasse today announced his newest restaurant in New Orleans, Meril – the 13th restaurant in the Lagasse organization – will open its doors September 24, 2016. Named after his daughter, the restaurant will feature a diverse selection of dishes inspired by Lagasse’s years of experience, travels abroad and the food he enjoys cooking at home.

“I’ve always had the philosophy that you can never stop learning, especially in the kitchen,” said Lagasse. “There is always something new to uncover, whether it’s an ingredient, a technique or a way of sharing food. As part of the constant desire to evolve, I wanted to create a space where I could develop my own spin on some of my favorite dishes that have inspired me, whether from traveling or cooking for friends and family at home. The team and I are having a lot of fun and cooking with lots of love. Nothing is off limits at Meril.”

Just blocks away from his famed flagship restaurant, Emeril’s New Orleans, Meril is situated in the heart of the Warehouse District. The neighborhood eatery will offer a casual ambiance, featuring a large horseshoe bar, inviting dining room and open kitchen. The menu will include everything from fresh pasta selections and wood oven pizzas, to pork rib tamales and robata-style grilling.

Meril joins three other Emeril’s restaurants in New Orleans, the last of which opened in 1998: Emeril’s New Orleans, NOLA Restaurant and Emeril’s Delmonico. At the helm will be New Orleans native, Chef Will Avelar. Avelar first joined the Emeril’s team in 2005, and, most recently, served as executive sous chef at Emeril’s Delmonico. He will bring his own unique vision and creativity along with his intimate knowledge of Lagasse’s celebrated style and craft to Meril. 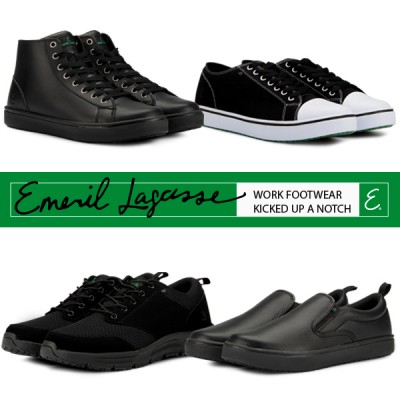